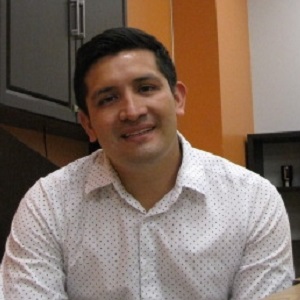 “I was so excited and happy to vote for the first time in the Canadian federal elections,” says Gustavo Linares, a paralegal from Guatemala who came to Canada in 2010 and recently became a Canadian citizen.

“The right to vote is a great power – to choose your members of parliament, to change the government. And because I knew all the rights and responsibilities of being a Canadian citizen, I was eager to become one. So I was counting the days left to meet all the requirements for applying for the citizenship – and the day I became eligible, I submitted my documents. I think being a Canadian citizen is a privilege.”

Gustavo came to Canada with his father and his wife as a protected person. According to the Canadian Immigration and Refugee Protection Act, a protected person is someone who is either a Convention Refugee or a person who, for example, is in danger of being tortured if deported from Canada.

In Gustavo’s case, his father was the chief of security in a Guatemalan prison when he witnessed the murder of several prisoners by the associates of some corrupt officials. Gustavo’s father denounced the killers and became a witness at the trial, but the accused were dangerous criminals dealing with drugs and gangs and they threatened him. To save his life and the lives of his family, Gustavo’s father had to flee the country.

He turned to Canada for protection because of its image of a safe and friendly country that gives a lot of opportunities to immigrants from all over the world.

“When we came, we didn’t know what exactly we had to do to stay permanently in Canada; we didn’t know what the laws and rules were,” Gustavo says, “but fortunately, my wife contacted the Mennonite New Life Centre and the people there helped us with all the documents and guidance, so applying for permanent resident status became very easy. So we are really grateful to the MNLC.”

At the time of his arrival in Canada, Gustavo was 24 years old and had only one year left until graduation from law school in Guatemala. The sudden move to another country, however, interrupted his education and he had to start everything over from the beginning. First and foremost, he had to learn English. “For a lawyer the language is very important,” Gustavo explains. “I have always considered talking and convincing people one of my skills. So when I came here and found out that I couldn’t express myself in a different language, I felt very frustrated.”

Nevertheless, Gustavo didn’t give up his career dream. He started ESL (English as a Second Language) classes at Toronto District School Board, and to improve his language skills faster, he decided to watch TV and follow the news only in English. Soon he went back to high school in Toronto, graduated from it, then went to Seneca College of Applied Arts and Technology and got his paralegal diploma, and in 2015 he attended an immigration consultant program at Humber College. He is now in the process of getting his ICCRC (Immigration Consultants of Canada Regulatory Council) licence.

Getting the best education and working hard in Canada is Gustavo’s priority. “Since the first day I became a Canadian citizen, I feel different,” he says. “Now I have the rights, but I also have the responsibility to give back to Canada – it is a great country and I have the duty to contribute to it.”