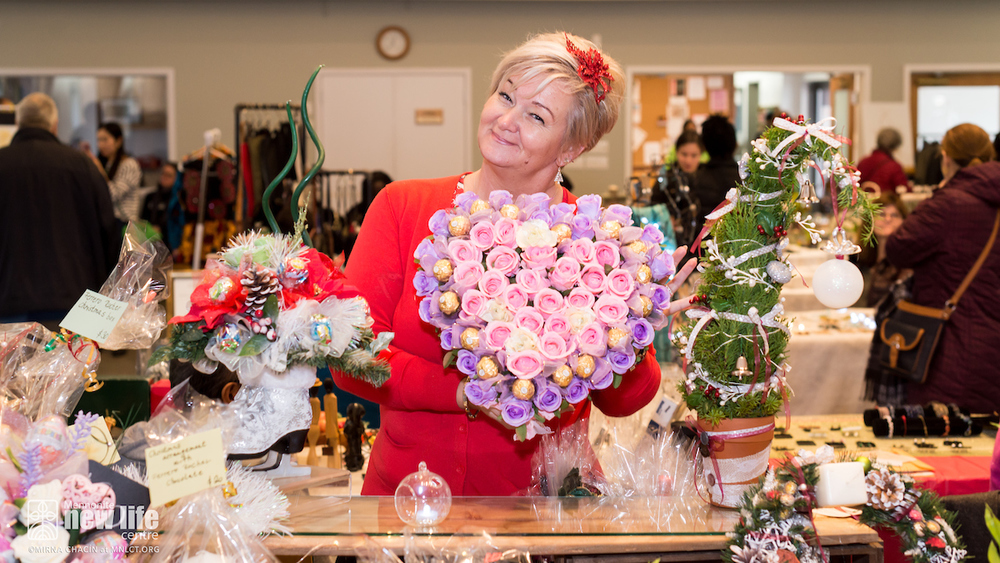 “When you do have freedom, then you have thousands of opportunities. And if you trust yourself, you can get everything. I really believe it.”

Suzanna remembers when she was a child; a family friend who lived in Canada sent her beautiful Canadian postcards and clothing. She thought Canada must be a very special place. She never thought she would live in another country, but five years ago, she left Hungary for Canada. She had two degrees and worked hard in a flower shop, and as a social worker, but found it difficult to make ends meet.

In 2012, dreaming of a better life, Suzanna came to Canada as a refugee. Her first week in a homeless shelter was a big shock, but she felt lucky because she came with a friend. “When I was strong, she was weak, and when I was weak, she was strong. So we survived the first hard time.” At a family shelter in Mississauga Suzanna was offered a job as a live-in babysitter. She took English classes, and over time, worked in a factory, a flower shop, and other temporary jobs. But the slow immigration system prevented her from moving forward. It was frustrating and stressful.

Suzanna explains how she found HOPES: “There was a lady who did HOPES training. I met her while working in a flower shop. She was always very serious. She never gave me a smile. And I thought, “I have to talk to her one day.” So one day she was in a very good mood, and we started to talk. I told her I was a social worker. One day she asked me to come and volunteer at the community centre where she worked. She told me about this training for newcomers. She said, “If you want to do social work, you could be a participant in this training.” And I said, “Yes, of course!”

Suzanna started the individual counselling program. It was familiar because of her work in Hungary. “After that it was very useful to me because I learned practical things. I made a resume and learned about job interviews.” Suzanna wanted to open her own business, but she was afraid she wouldn’t find a place or be able to afford the rent and the fees. She rented a booth in a flea market, but soon realized it wasn’t her style. Suzanna isn’t an ordinary florist. She makes beautiful chocolate bouquets, filled with flowers, candy, and other goodies; each one a work of art. A friend helped her rent a place and finally, she opened her business – her own flower shop!

The MNLCT calls Suzanna “an idol” because of her success. But Suzanna sees it differently. “I have a flower shop, but it’s not just that. I have to have the confidence to knock on doors and say, “Hey, I’m here – and I’m doing this.” The most important idea she got from HOPES is that “Canada needs you!” She no longer feels like a poor refugee. She says, “I am paying tax – I’m not just a slave – not just a servant. I’m a very useful person! It was an utter change!”

One word that brought change to life: Ruth’s Story
"The MNLCT Counsellor said “this is your now but this is not your forever;” and “that was what revolutionised my mindset.”
You made me feel valuable in a moment of vulnerability: Cinthia’s Story
"You helped me to understand that there is always a place out there where you are going to fit in regardless of your background.”
MNLCT provided me with a family that I did not have in my new country: Fatima’s Story
“My engagement with MNLCT has made my life in Canada a lot easier and one striking thing is that they taught me how to also help others who are in need.”
Sign up to get notified!
Finch Site