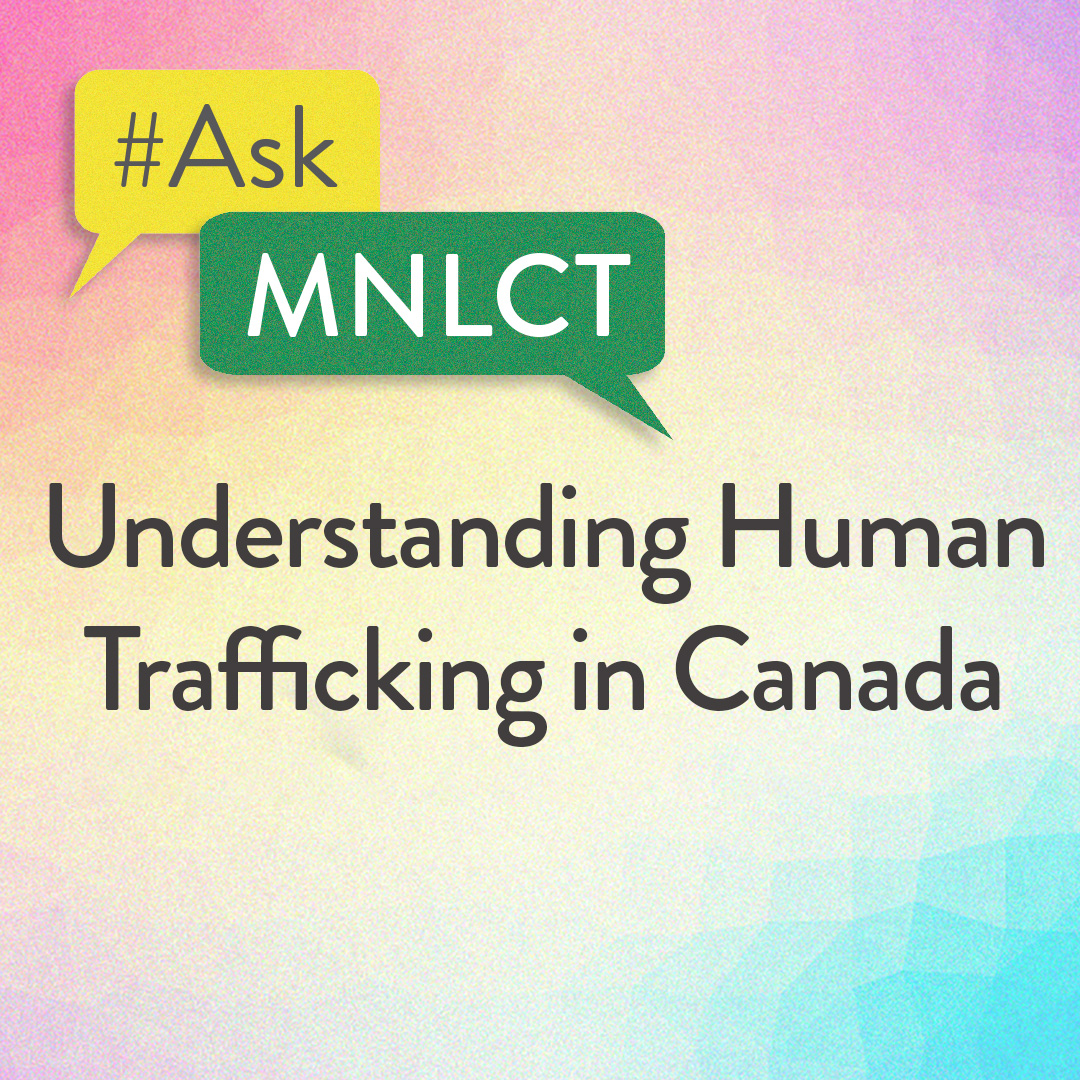 Human trafficking is a harsh reality that exists in Canada as much as anywhere in this world. More than 1,700 cases have been reported in the country over the past decade; yet, it is underreported, overlooked and mired in misconceptions.

Why does it exist? How does such an illegal trade prevail in one of the most developed, industrial nations on earth? Who is being trafficked and why? Is anyone vulnerable? More importantly, what can we do to disrupt this abominable supply chain?

In this webinar that took place on Dec. 9, 2020, our team of panelists tackled such questions and explored the realities behind this cruel, abusive form of exploitation. MNLCT’s Counter-Human Trafficking team revealed how they work closely with individuals who have experienced forms of human trafficking, including labour trafficking, sexual exploitation and forced marriage. They also shed light on their partnership with Aurora House – a transitional house in Toronto that provides shelter, long-term trauma counselling, basic needs and essential support services to individuals who have been trafficked or exploited in Canada.

The panel also included Cheryl Perera, a guest speaker from OneChild, an organization which helps children who are trafficked or sexually exploited.

#AskMNLCT: Arriving and Thriving in Canada
Are you a recently arrived refugee or displaced person? Are you thinking of moving to Canada and want to make informed decisions? Or maybe you're supporting someone in these situations? On May 10, 2022, our expert panellists in immigration law, settlement, wellness, and employment guided newcomers in starting their new life in Canada on a solid foundation. Continue Reading #AskMNLCT: Arriving and Thriving in Canada
#AskMNLCT: Helping School-Aged Children Manage Emotions

In a survey conducted in the early days of the pandemic, nearly two-thirds of youth…